Having finals secured and Gazza’s 250th, Wilbur’s big focus was to have a real good bat before finals.  Naturally, he lost the toss and we were sent into bowl.  This seemed like a blessing in disguise having North Alphington 4-20 with Grades and Stiffler opening.  North Alphington’s captain decided to take on the field and on such a large ground he kept picking the gaps, however, was a good lesson bowling to a talented bat and he made 96 of the teams 163.  Haydn bowled well with fire and aggression and his old man Blacky was reliable as usual.  Nav bowled some unplayable balls and Doolz hooped it around.

Set 163 to win the panthers made hard work of it with a bit of a collapse and returned the favour being 4-20.  Doolz played with great intent and supported by Blacky got the chase back on track before mishitting one.  5-60 brought Grades to the crease with Blacky. A good partnership of 65, with Blacky scoring most of them, bringing the chase into a manageable situation.  Grades was clean bowled for 18 and the Blackmans (all 3) got the chase down to 4 off 9 balls before H went out. This brought Stiffler to the crease who closed out the game.  Blacky the star with 65 not out.  A solid hit out before finals.  Get down to training to support the boys before their quest of taking down Ashburton Willows next Saturday in their semi final.

On a magnificent day for cricket, the Twos set out for a last effort attempt to play finals.  Knotty won the toss and elected to bat, runs on the board being the biggest factor.  Opening with Bobby and Tony, we got off to a great start of 61 before Tony fell.  Knotty at 3 looked the goods, middling everything straight to the fielders before popping a leading edge up to the bowler.  Thos brought the reliable Daryl Gove to the crease.  Bobby soon after retired on 50.  Nav M who has been itching for a bat all season went out to the middle, ran well with Govey, hit a massive 6 and then was dismissed, a handy cameo.  Govey continued on his way, batting with Chinny before he was dismissed and Govey not long after.  Col and CK batted for a bit with Col swinging hard and CK delicate as ever.  In the end, we finished our 35 overs, 7 for 168.  We were confident with our bowling attack.

Opening with Nav and CK, they got us off to a great start against aggressive batsmen.  CK taking the first in the fourth over and Nav taking the second in the fifth over.  Unfortunately, also in the fifth over CK in a fielding mishap, hyperextended his knee and his spell was over.  He later tried a few run throughs and felt there was improvement, but another mishap and he was off the ground.  Thanks to Dippa for subbing in the field.  With this, the Ferret replaced CK and bowled well, needing just the one wicket to qualify for the bowling averages; but he was too good.  He just couldn’t manage the wicket, but kept them to just 17 off his 7 overs.  Tony replaced Nav and was successful off his first ball, routinely stumped by Govey.  Tony continued to bowl well, threw in a bouncer that was caught by Dicko and another wicket that was taken by Knotty at mid wicket as a catch you needed to see to be believed!  Tony finishing with 3 vital wickets.  Knotty brought Nav back on for his last two overs and was successful in claiming his third wicket, a vital wicket of a big hitter.  Dicko had a crack too, taking two wickets, bowling well.  Dicko and Wolfy finished us off and we had our chances, but alas, they passed us with one ball to go.  Later we learnt that we needed to have kept them to under 120 or so for our net run rate to be higher than Monash University’s, but a win would have been a nice way to see out the year.

We now turn our focus to the First XI on their quest for a Premiership in LOC3. 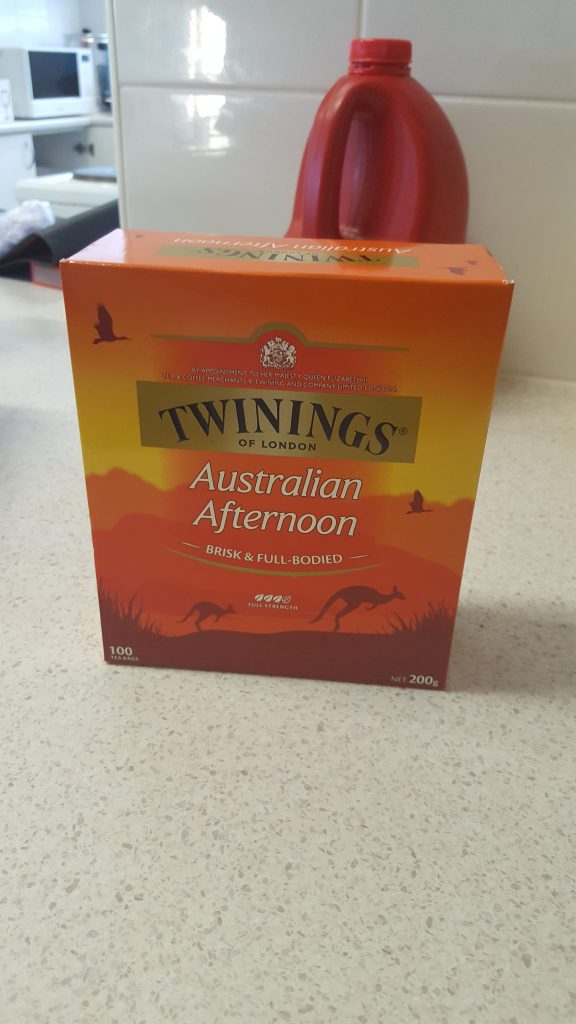 As a multicultural club, we need to think about what we say… I asked the boys to bring arvo tea and this was Nav M.’s contribution!  At least he got the time and location correct.