With third place and finals locked in, it was vital for the Ones to have a win in an effort for a home final.  Will lost the toss again and we were inserted.  We opened with Speedy and Will who both did the job seeing off the opening bowlers, before beginning to hit out against the change the bowlers.  Unfortunately, Speedy underestimated his hitting ability and was caught at mid-wicket.  Enter the reliable Daryl Gove who pushed them around, turning over the strike, hitting 8 singles before a two, followed by a lot more singles in another handy partnership with Will.  The skipper, last scoring a 50 just 230 weeks ago (thanks Grades for the stat) managed to get there this time, with a well compiled 55, after quite a few starts in previous innings.  Govey was dismissed but Gazza, batting at five continued his blistering ways scoring a quick fire 40 odd.  Not too much more to add, Grades had a swing and put on a few and Craig Miles chased red ink in the last over leaving a couple before a panic saw him run out for a duck.  We set them 158 for the win, enough maybe we thought with our bowling attack.

Unfortunately, though, some decisions and some luck had their openers scoring quickly.  We managed to get the break through, cleverly stumped by Gaz off Dools, but in hindsight, this just managed to have two batsmen put their heads down and see them through to the end.  It is okay to have a day like this, because when you saw the hurt amongst the boys, I have no doubt that this will just make them hungrier for big wins coming up.

In another week of pivotal matches for the 2’s, we again found ourselves short at the start of the match, hoping for late arrivals to get there ASAP.  With Knotty in the Ones, captaincy went to the birthday boy, Martie.  He won the toss and elected to bat.  Opening with Pete and Boothy, it was short lived as Boothy was caught.  Dave Prowse helping us out came in at three, looked rusty but shook that off quickly but unfortunately was dismissed for 12.  Martie who has been a hit and miss this year batted at 4, probably the highest he has done so in a long time and smashed them around for a very good 34, being bowled.  CK Prowse batted well with Martie, putting on a 47-run partnership, before being run out for 19.  Jim Forsyth, also helping us out, came in at six and built his picket fence of 5, holding up an end.  Dicko – see picture below – smashed a quick four before being caught for 4.  Col, swung and was caught behind for 8 and unfortunately, no one else arrived so close of innings.

Not much to report from bowling, as the Barnies managed to pass us after 10.2 overs.  As stated by a few, it didn’t matter if we had 6 or 20 fielders, they went over the top anyway – point noted for finals…  unfortunately, this loss sees us out of the 4 but we still have 2 games to go to earn that position back.  Thanks to all that stepped in to help us out this week.

The Special General Meeting to discuss our future on this Thursday 22 February, 2018 from 8:00pm in the clubrooms.

Presentation night will be on Saturday 24 March from 7:30pm in the clubrooms. 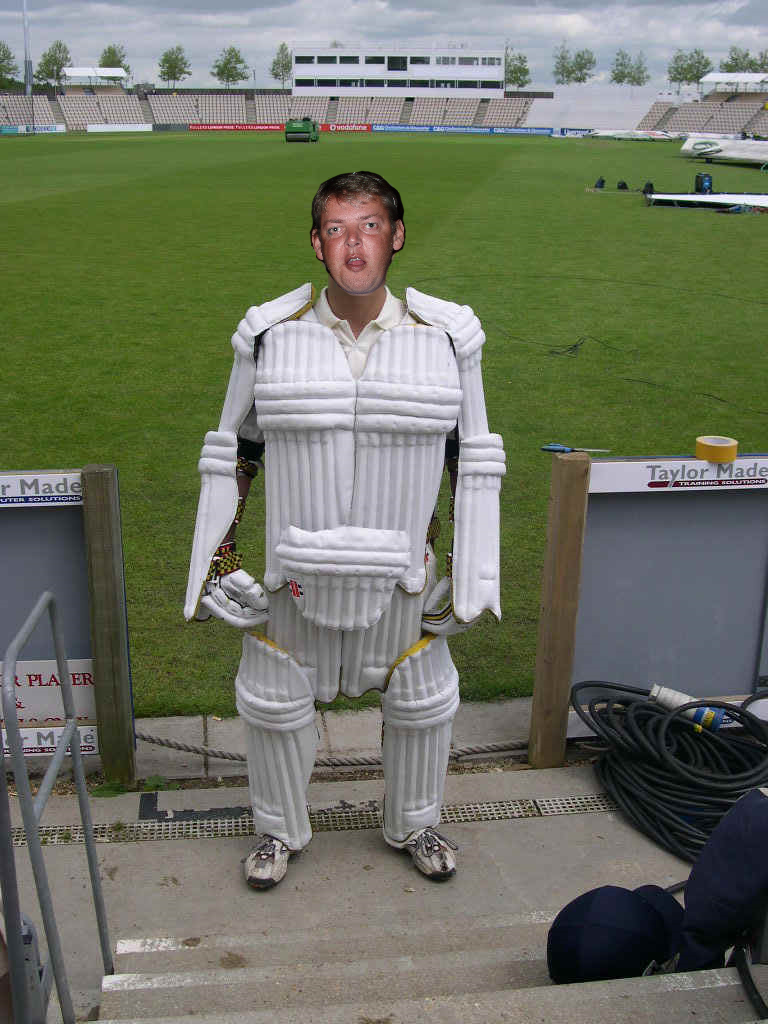 Dicko forgot his bat on Saturday whilst walking out to bat.